It was organised by agile Canarias and agile Spain and held in Tenerife at the CDTCA.

It started on Friday night and was held over Saturday and topped off with a party on Saturday night.

Friday was a good start, there was a bit of a explanation on what an open space was then people presented their ideas. 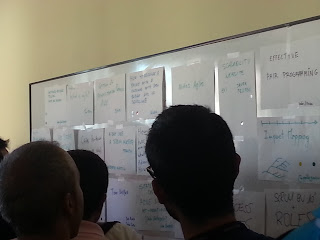 There was a wide range of topics such as pair programming to impact mapping to changing minds. 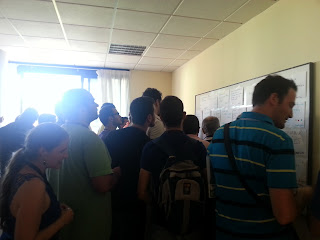 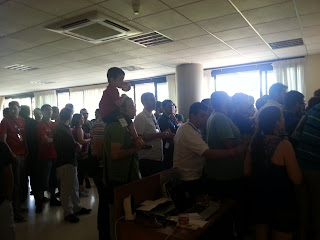 I don't speak Spanish and I must admit I felt a little out of place as the announcements and the like were in Spanish and although they were repeated in English initially, that soon stopped.

I'm glad I went but I must admit at the time I felt awkward being there.  I was one of about 3-4 that aren't able to speak Spanish so I suppose it was awkward all around.

In the change session we discussed a number of things ranging from changing manual testers mindset to use (some) automation to how to change colleagues' minds to try new things.

In the user story workshop we talked about things like size of stories, what kind of details should be in them and different approaches. 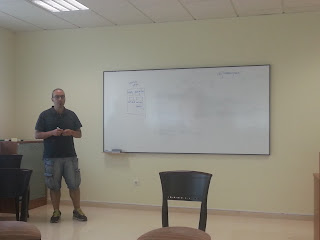 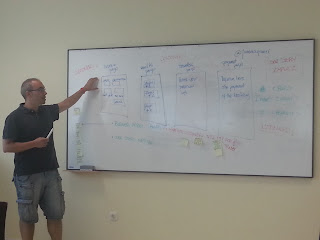 I was lucky to be able to run my own session which was on responsibility.  We talked about things like team vs personal responsibility, taking responsibility vs being told you're responsible and blame.

I enjoyed the session and I hope the attendees did too.

I met passionate people who are looking to help each other and improve.  Good times.

And here are some photos.

And here are some random photos I took of Tenerife. 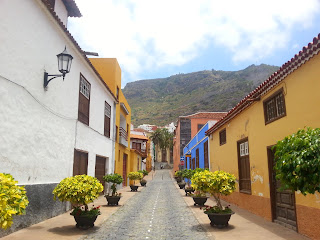